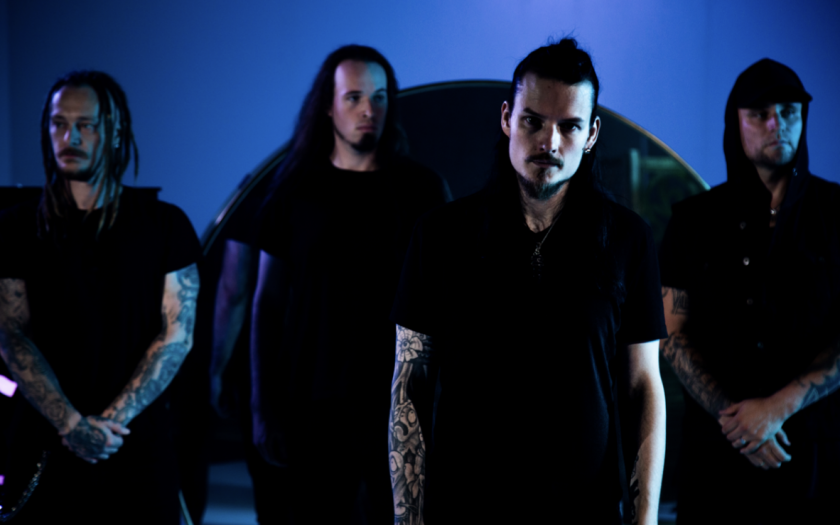 The album is another successful entry into the bands discography, it’s dark atmosphere providing the perfect canvas for frontman Timo Rotten to exhibit his poignant lyrics that touch heavily on the topic of mental health.

To mark the occasion, the band is releasing a brand new music video made up by the twisted but genius mind of famous visual artist Costin Chioreanu for their title track ‚Hell Is Where The Heart Is‚.

Watch the new video for ‚Hell Is Where The Heart Is‚ here:

Timo Rotten comments: „It’s finally here: album number two. I’ve listened to it from start to finish the past week for the first time in almost a year and it left me sitting there with tears in my eyes, goosebumps all over my body. It’s so dark I probably can’t handle to hear it again for some time. But I hope you all will enjoy it to the fullest.“

Ever since their inception, up and coming German outfit OCEANS have dropped jaws everywhere they went. With a unique sound that sits somewhere between nu-metal, progressive, post and death metal and putting mental health at the top of their agenda, the four piece quickly became a known constant in today’s metal landscape. OCEANS have become known for their inclination towards innovation and experimentation within their genre; covering songs by the likes of Alessia Cara and collaborating with prominent musicians such as MACHINE HEAD’s Robb Flynn and CALIBAN’s Andy Dörner amongst others. Having released two EPs in 2019, their debut album in 2020 and another EP in 2021, the band featuring visionary mastermind Timo Rotten can easily be described as one of Europe’s hardest and fastest working bands in the genre.