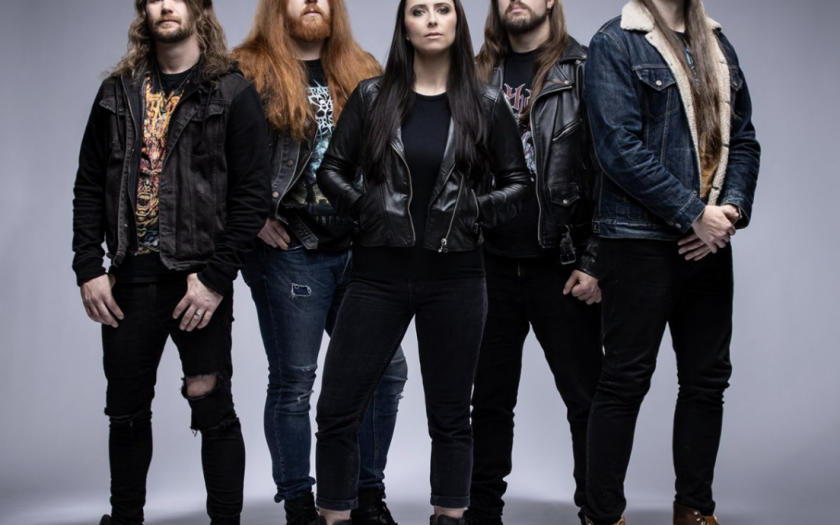 In celebration of the album’s five year anniversary, JUNO Award-winning modern power metal frontrunners UNLEASH THE ARCHERS recently announced that their seminal 2017 full-length, Apex, will be available as a limited reissue 2-CD Earbook edition, as well as in Deluxe Digital formats, on November 18 via Napalm Records!

Both the 2-CD Earbook and Deluxe Digital versions will include the full original Apex album, plus two new bonus tracks – “Falsewave” and “Acoustipex” – genius reimaginings of original album tracks “False Walls” and “Apex”, respectively, as well as a newly mastered instrumental version of the original album. The bonus tracks will also come on a limited edition single-style 10” vinyl EP available as part of the Earbook edition.

UNLEASH THE ARCHERS frontwoman Brittney Slayes says:
„We are so excited to share ‚Acoustipex‘ with you all; it’s a moody acoustic take on the title track from Apex and we hope you enjoy listening to it as much as we enjoyed creating it!  It’s got a bit of a country vibe, but we added some symphonic elements as well to stay true to the synth theme of the record.

The music video was a challenge because we all live in different cities now, but we had a great time coming up with a concept we think you might appreciate. For those of you that have seen our acoustic version of ‚Apex‘ on YouTube from CTV, you will understand where our inspiration came from lol 😉 Make sure to get your pre-orders for the EP in now before they’re all gone, and let us know what you think!“