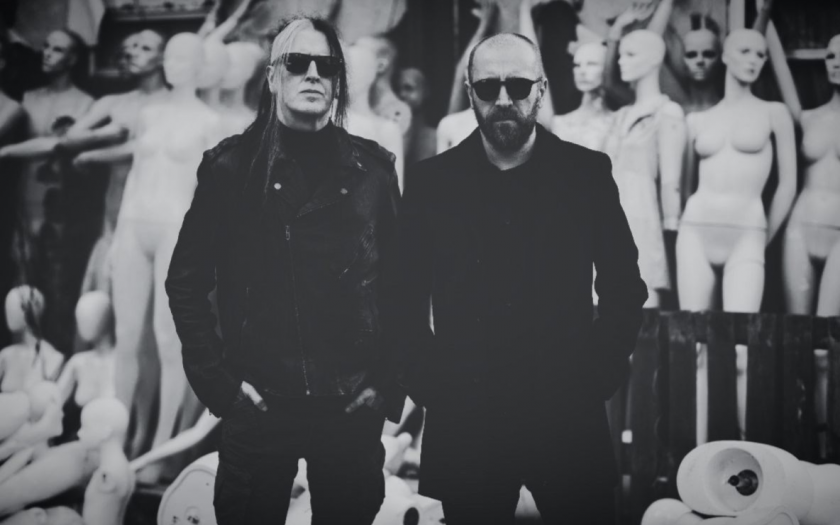 Dark wave duo HOST (Greg Mackintosh and Nick Holmes) have released via Nuclear Blast a new video for ‚Hiding From Tomorrow‘, the second single from their upcoming debut album IX. This new offering is a brooding cut of stark goth rock, akin to the works of SIOUXISE AND THE BANSHEES and THE SISTERS OF MERCY.

Vocalist Nick Holmes comments:
„‚Hiding From Tomorrow’ was one of the first songs we wrote for the HOST project and although the title would suggest otherwise, it was written a few years prior to the pandemic. With that in mind, I was thinking about the things that keep you awake at night, and although life is something that should never be taken for granted, uncertainty is a big part of it, and none of us know what’s around the corner.“

Watch the new video for ‚Hiding From Tomorrow‘ here: