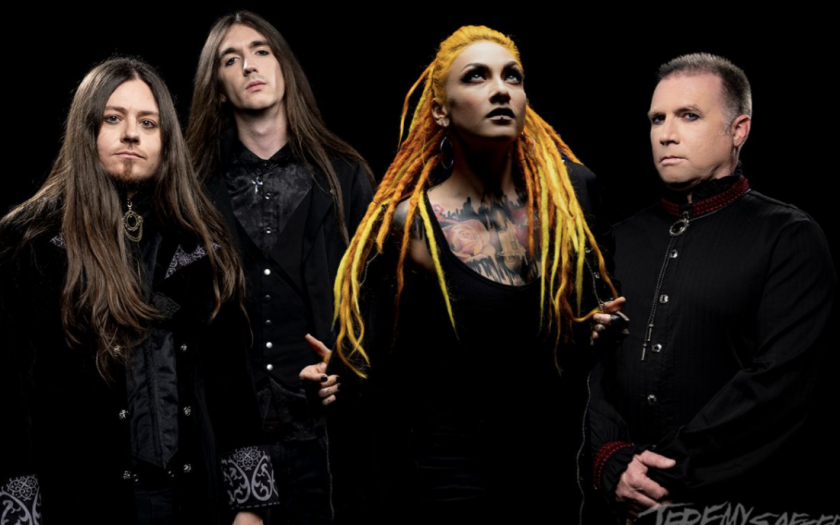 Formed by scene veterans in 2019, Los Angeles metal mainstays DEATH DEALER UNION are thrilled to take the next step in their exciting careers, signing a worldwide record deal with none other than Austrian rock and metal empire Napalm Records!

Founded by drummer CC McKenna and featuring new vocalist Lena Scissorhands (Infected Rain), Infected Rain producer Valentin Voluta and Mesa Boogie/Gibson-Kramer artist Doug Weiand both on guitars, and newly recruited bassist Jonny Heinz, the band has already proven potent with their recent single collaborations together. The blistering new tracks, entitled „Borderlines“ and „Beneath The Surface“, have collectively garnered over half a million views to date via YouTube alone. Check out both videos below!

Drummer and band founder CC McKenna says about the signing:
„So very excited, honored and thankful to be working with a legendary record label that gives its artists the unique ability to express themselves in their own way. Couldn’t be happier! Looking forward to giving the fans the very best from all of us!“

Vocalist Lena Scissorhands adds:
„Feeling very blessed and grateful for being adopted by Napalm Records after delivering only two singles that received so much love and support… off to a great start! To a beautiful beginning!“

Watch the music videos for“Borderlines“ and „Beneath The Surface“ HERE: