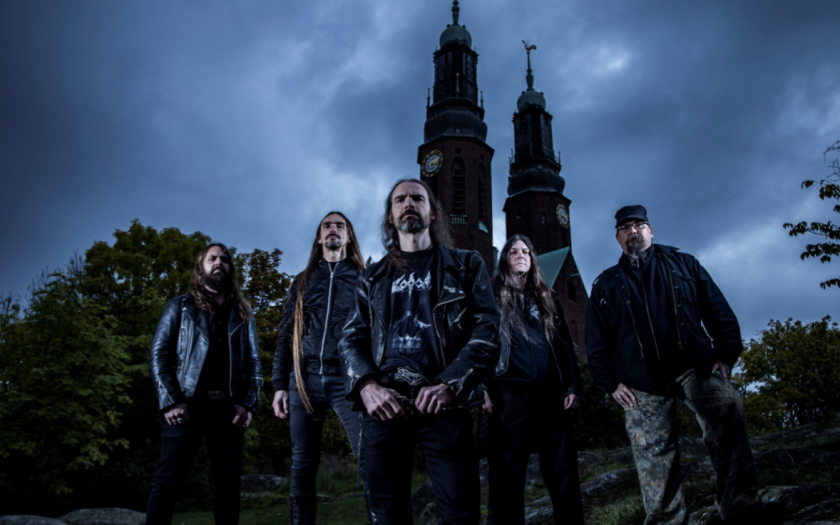 After teaming up with Nuclear Blast once again, where they had previously released their demo, Reborn In Blasphemy (1990), their 1991 debut album, Like An Everflowing Stream, as well as the four records that would follow, DISMEMBER’s triumphant return to digital platforms marks only the beginning of a comprehensive re-issue campaign: Alongside the full-lengths, keep your eyes peeled for more classic releases to be made available soon. In addition to streaming, physical re-issues of the DISMEMBER catalog are slated for 2023.

DIVE BACK INTO DISMEMBER’S DISCOGRAPHY VIA THE LINK BELOW:

OR CHOOSE A PARTICULAR ALBUM:

The God That Never Was (2006)
https://dismember.bfan.link/the-god-that-never-was

Between 1988 and 2011 DISMEMBER earned a notorious reputation as the “Motörhead (version) of death metal”, through eight classic albums and furious live shows around the globe. The band was formed by Robert Sennebäck, David Blomqvist and Fred Estby in Stockholm, Sweden, in 1988 and has long since been regarded as one of the originators of the trademark Swedish death metal sound, next to other pioneering bands such as ENTOMBED, GRAVE and UNLEASHED. DISMEMBER recorded a couple of self-released demos before their 1990 demo cassette, Reborn In Blasphemy, with Matti Kärki on vocals and ENTOMBED’s Nicke Andersson taking over most lead guitar parts, got picked up for a wider release by NUCLEAR BLAST RECORDS. In 1991, their first full-length, Like An Everflowing Stream (Nuclear Blast Records), saw the light of day, which was recorded by Thomas Skogsberg at the now legendary Sunlight Studios, and featured Richard Cabeza (UNANIMATED) on bass. DISMEMBER released their acclaimed sophomore album, Indecent & Obscene, in 1993, which to this day remains their most successful output. Three more albums would follow on NUCLEAR BLAST, Massive Killing Capacity (1995), Death Metal (1997) and Hate Campaign (2000), until the band decided to switch labels. They released two more albums, Where Ironcrosses Grow (2004, Karmageddon Records) and The God That Never Was (2006, Regain) before Fred Estby announced his departure for family reasons in 2007. Their last album, Dismember, followed in 2008 and the band officially broke up in 2011.After an eight-year hiatus, the band’s original line-up reunited for a 30th anniversary gig at Scandinavia Death Fest in October 2019, performing together for the first time in over 20 years.