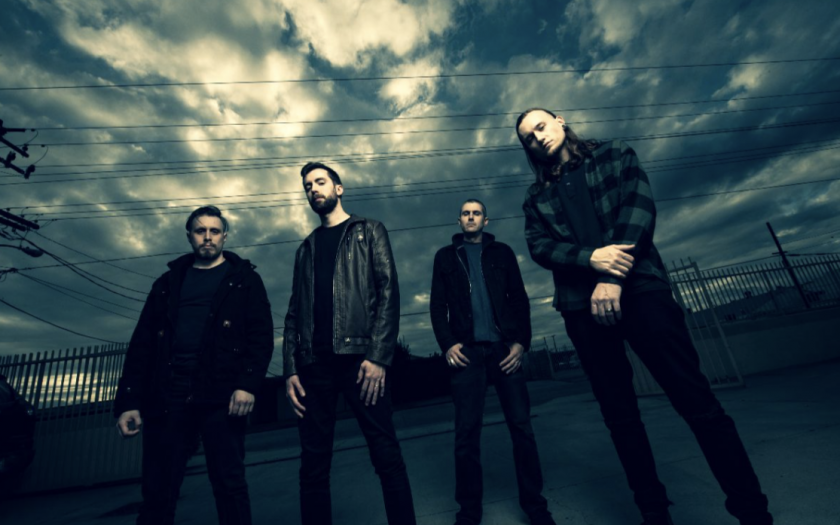 Today’s the day! Bay Area masters of atmospheric technical death metal Fallujah have unleashed their monumental 5th studio album, Empyrean, today with Nuclear Blast. Receiving rave reviews from critics around the world and legions of fans championing their return, FALLUJAH has emerged with one of their best records to date. On their latest epic journey the band explores new sonic realms while revisiting past influences and styles, captivating listeners along the way with Scott Carstairs‘ massive riffs and guitar wizardry and new recruit Kyle Schaefer’s seething vocals. Strap in and witness a cataclysmic collision of atmospheric death metal.

In addition to the record’s release, FALLUJAH has debuted a visualizer for the song ´Mindless Omnipotent Master.´ Watch it here:

Primary songwriter and guitarist Scott Carstairs says of the song:

“’Mindless Omnipotent Master‘ is about the massive, globally-linked systems of technology and society that were created for humankind’s own benefit, but have now grown into self-sustained forces beyond our control. The music sets an appropriately dark tone with four minutes of relentlessly brutal riffs and mechanically sharp precision.“

Carstairs adds about the album’s release:

„It feels surreal to finally share our new album Empyrean with the world! We can hardly describe the amount of effort, determination and patience it took to arrive at this point, but now that the day is here we can finally say that everything was worth it.

Special shoutouts to the fans who have stuck with us for all these years. We hope Empyrean can take you on an immersive journey with enough detail to warrant many repeated listens.“