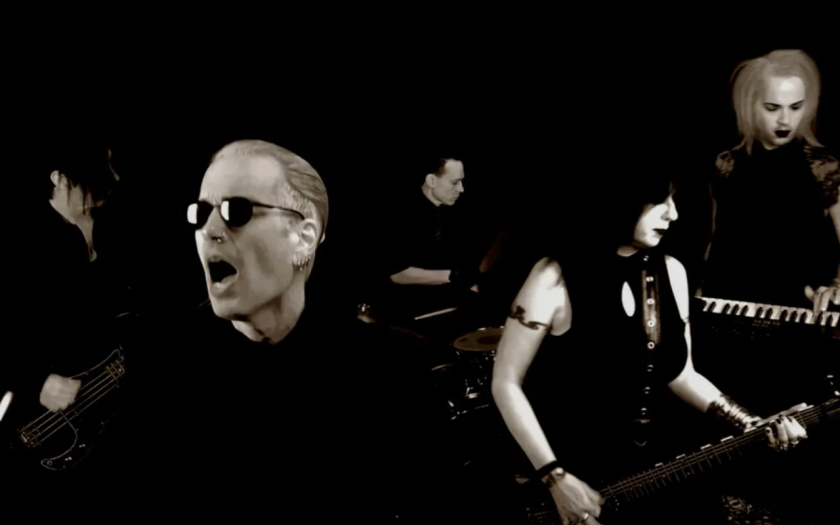 “Dystopian Mirror,” where a relentless assault of hard-edged guitars, buzzsaw synths and tribal beats set the tone for a guided tour through the realm of the unwell, spat out with sardonic conviction by the voices in your head…

William Faith says: “Dystopian Mirror” was written about a dear friend of ours who lost his mind, and eventually his life, to drugs and alcohol. I found that I was still grappling with the sense of loss and lingering anger about the whole thing years after the fact and, ultimately, all those feelings and emotions ended up coming out here, in this song. The lyric is meant to be coming from the voices inside his own head, during his descent into the realm of the unwell…“