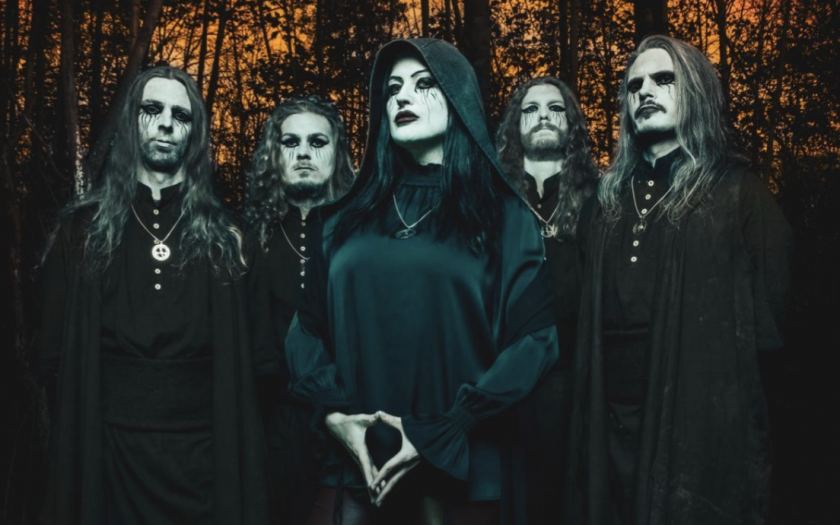 Extreme melodic death metal upstarts Defacing God command notice with their hauntingly dark and refreshingly honest debut album, The Resurrection Of Lilith, set for release on September 2, 2022 via Napalm Records. The record marks a multifaceted, grim and bludgeoning escape that spans the arc between raw death metal and symphonic grandiosity with ease, showcasing DEFACING GOD’s ambition to bewitch metal fans around the world with their sonic universe. With their conceptual themes, the Denmark based outfit focuses on the seeping darkness that moves in us all – rooted in occultism and witchcraft, but primarily the mythologically mysterious female demon Lilith and her tales of fervent defiance and perseverance.

The second single from The Resurrection of Lilith, entitled “The End Of Times”, is out now – and a direct hit to the skull! Starting with a wall of blast beats and fast palm muted guitar rhythms, this banger takes you right into insanity, sorrow and pain. “The End Of Times” is a perfect example of extreme melodies paired with haunting orchestral elements, echoing the styles of artists such as Cradle of Filth and Dimmu Borgir.

Join the cult and watch the video for “The End Of Times” HERE:

Through their storytelling, music and aesthetic, the band pulls their listeners into a dark universe of obscure myths, folklore and ancient stories, all the while weaving in often subtle lyrical inspirations from modern societal oppressions and personal demons. Sonically, DEFACING GOD balance massive extreme melodies with a twist of grandiose orchestration by Lars Vinther, echoing the styles of artists such as Cradle of Filth, Carach Angren and Dimmu Borgir. But rather than blend it with a conventional dose of black metal, the band proudly merges these auras with infernal death metal. Additionally, The Resurrection Of Lilith was produced by Jacob Hansen – known for his work with Fleshgod Apocalypse, Volbeat, Evergrey, Epica and countless others.