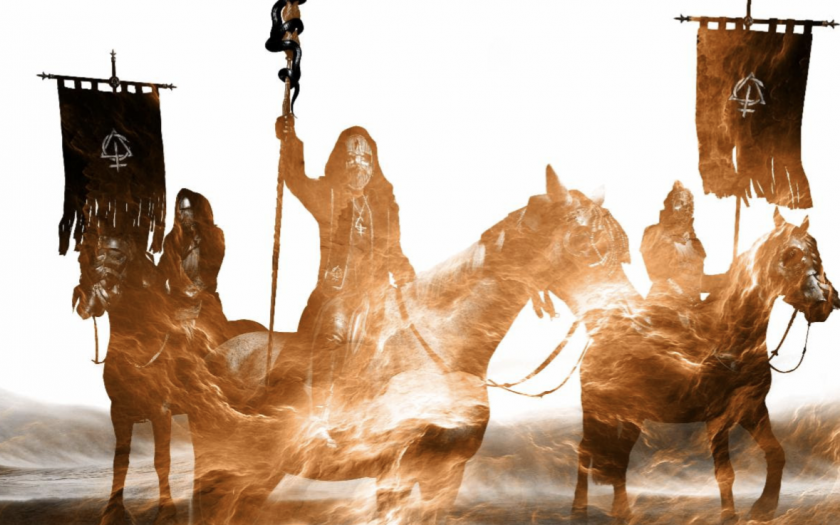 With three weeks to go before the release of BEHEMOTH! ’s 12th studio album, Opvs Contra Natvram, the black metal messiahs unleash one of their most fierce and menacing singles yet. ‚Thy Becoming Eternal‘ tells a story of finding strength in times of misfortune and is encapsulated in an epic animated video, produced by animator Ruben Fro.

„Legions! Our new offering from Opvs Contra Natvram…Thy Becoming Eternal. As always, we’re trying to keep things fresh! The video was produced by talented Japanese animator, Ruben Fro, who created this epic, aeonic CG landscape for our stoic warrior to journey through. The song itself is a fast and furious beast with a bombastic ending, definitely one of the most intense songs in Behemoth’s catalogue. Let us know if you agree!“

Opvs Contra Natvram is the sheer embodiment of rebellion, individuality and unflinching self-expression, shaped by a literary worldview. It also reflects a musical evolution, there’s little doubt that Opvs Contra Natvram is BEHEMOTH’s strongest and most sophisticated musical collection to date.

Check out the video for ‚Thy Becoming Eternal‘ here: